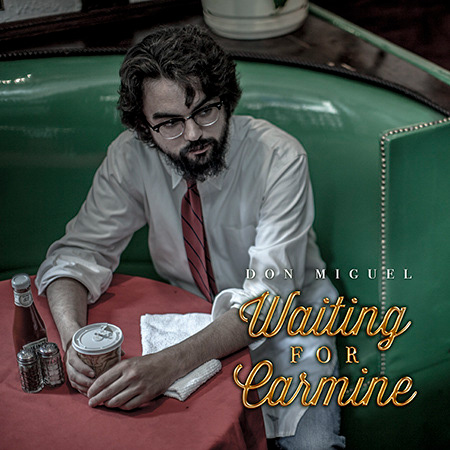 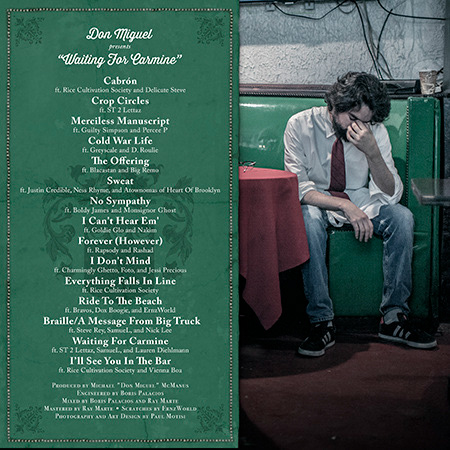 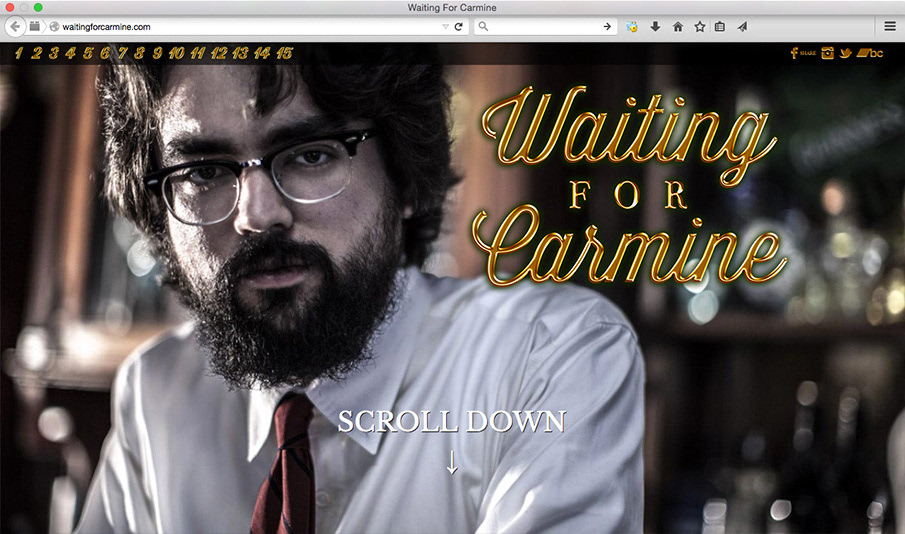 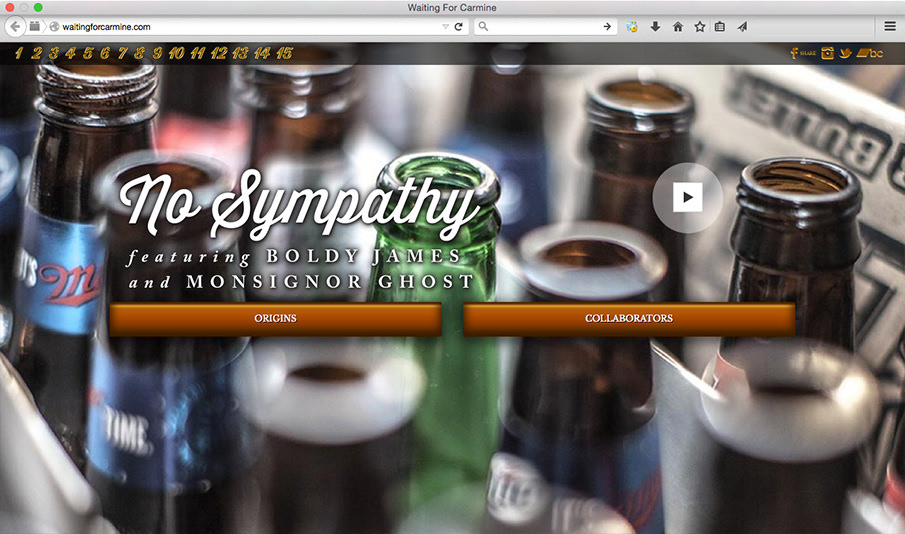 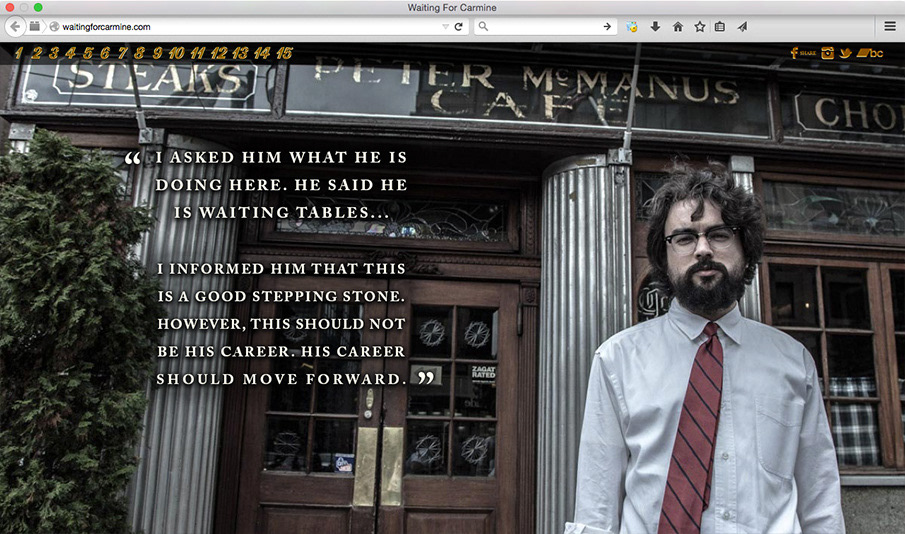 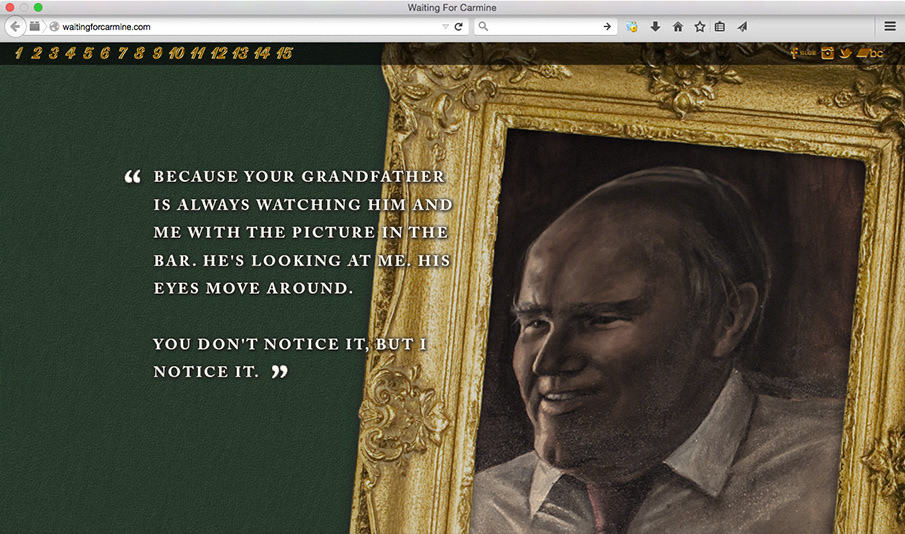 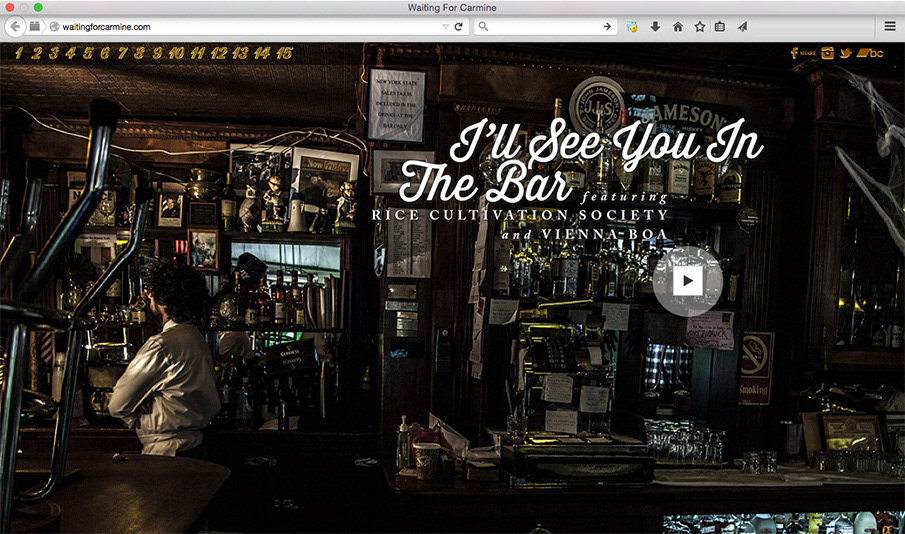 WaitingForCarmine.com [was] a parallax website built utilizing the responsive Foundation framework. Aside from providing a visual end to a musical recording, its purpose is to introduce the up-and-coming producer Don Miguel. Miguel (whose civilian name is Michael McMcManus) is a waiter and barback at New York City’s oldest family owned and operated bar, the Peter McManus Cafe. He has been working there from his teen years up until the present. The album includes commentary from the family accountant, who has seen his share over six decades of working with the McManus family, and known Miguel since he was born. The site helps to assist a loose narrative that is already set into motion by the album’s tone and commentary.
Here’s what I said in an interview with Streets Connect about the site:
“When Michael called me in to do the Album artwork, it started only as an album cover. But the day we did the shoot at the family bar, we ended up having so much content that it would’ve been a shame let it go to waste. So we figured it would make sense to compile all of this family history, and showcase it as part of Michael’s own history, because really, it is. There’s a lot to be said about how the bar’s natural association with alcohol ties in with some of the themes that the emcee’s touch on, especially sobriety (or a lack thereof). There’s this conclusion we came to together: As a producer Don Miguel channels voices, but he doesn’t actually speak. He remains silent and anticipates some sort of direction but never gets an answer. This became the “story arc” of the site.”
↑Back to Top